The Alties- Ever Thought You Could Write a Better Film Ending?

Ever fancied yourself as the next Spielberg? Schumacher? or Tim Burton?

If you love a trip to the movies or exhausting what's on Netflix there's a new competition that could be right up your street.


Cartridgesave are giving us all the chance to win £2,000 by writing an alternate ending to a film.

Entries should be 750 words and for more info please visit http://www.cartridgesave.co.uk/thealties


May the Force be with you to infinity and beyond

Posted by LiamHallam at 12:13 No comments:

One of my guilty pleasures when I'm out shopping is good coffee. When I bought my first home the first thing I ordered was an Espresso Coffee Machine. Family thought I was mad an it would simply end up not being used but I think they misjudged just how much I love a good coffee so coffees like Segafredo Zanetti's Espresso Classico are my cup of tea!

Having just booked a trip to Sardinia, one the things I'm really looking forward to is getting a good espresso coffee so what better to review than some Italian espresso coffee.
On a recent trip to Tesco, whilst meandering down the coffee section in search of some more espresso coffee I spotted what appeared to be a new brand on special offer: Segafredo Espresso Classico. I've seen signs for Segafredo coffee when I've been out before but don't believe I've had the pleasure of tasting it so I thought it was worth trying. The price said £4.99 reduced to £3.49 and considering Lavazza Espresso was £3.69 anyway so it seemed worth a try especially considering it comes in a very nice looking jar I will be able to re-use too.

The jar comes with a handy no-piercing required pull for ease of getting into the coffee without it ending up wasted over your work surfaces.

When tested in a double espresso the taste was smooth and rounded. Segafredo Espresso Classico is one classy tasting coffee. It has a volume and strength to it which feels tempered by it's smoothness to create a wonderfully easy to drink espresso.

I'm off to Tesco now for another tin while it's still on special offer.

Posted by LiamHallam at 07:50 No comments:

A Beautiful Setting And Some Wonderful Seafood

I absolutely love my seafood, so the opportunity to head over to the island of Anglesey off the Northwest coast of Wales had to come up trumps in the seafood sampling stakes. Having visited Conwy and Caernarfon castles on our travels with a Cadw multipass we decided to head across to Anglesey to visit the famous Beaumaris castle.

Beaumaris is a lovely little town with some really nice, quaint shops which give you the feeling you're somewhere with character and it genuinely felt like somewhere I'd not only want to visit, but consider living as well.

We wandered around the Castle and then headed along the seafront fancying something for lunch and just off the main pier is the Pier House Bistro which caught our attention with their Fish and Chips in a Gin and Tonic Batter which sounded fantastic.

A Protein Shake Smoothie With Plums And Figs

October has seen me start to ramp up the training once again. Although I've only been doing cross-training, It's been hitting my body hard as it's so used to just cycling and running so I've been having to pay attention to my recovery needs.

This morning I had a great gym session followed by an hours Spinning class as well as a further hour of helping a friend with her training towards Spartan Race and other obstacle course runs so was in the gym for around 3 hours in total. That's a lot of exercise so I need to pay attention to my recovery needs. A nice fruity protein shake smoothie with fresh plums and figs sounded a great idea.

Read more »
Posted by LiamHallam at 08:02 No comments:

The Quest For The Ultimate Post-Workout Recovery Smoothie

Getting enough protein in your regular diet can be a challenge as a active individual. Whether I've been out on the bike for a few hours training, been out trail running in the nearby Sherwood Forest or hit the weights hard in the gym, I know my body needs protein for recovery and as a result I've always got a tub of protein shake powder on the go for after a hard training session.
Drinking the same protein shakes over a period of time can get quite monotonous and subsequently really put you off taking them. Some protein powders taste significantly better than others but from my experience there's a sure-fire way of making them taste good and that's by adding fruit. Even if it's just adding a banana to a standard vanilla protein shake you can add flavour whilst getting a superfruit into your diet and get you well on the way to your '5 A Day'

I also see smoothies as a way to get fruit into a diet which is somewhat lacking in that aspect so any opportunity for me to add healthier foods into my diet is definitely a bonus when you consider what you can put into a protein shake smoothie
Read more »
Posted by LiamHallam at 05:07 No comments:

At work the guys are all into foods with a real kick. A few weeks ago one of them bought in some BBQ chicken they'd made from a sauce their partner had purchased thinking it was a simple BBQ sauce. In fact it turned out to be a dynamite BBQ chilli sauce which is extremely strong but with an awesome taste. Step forward Mr Singh's BBQ Chilli Sauce.

Ever since that day we've had an affliction for Mr Singh's sauces with the occasional lunch time sampling and prior to a recent shopping trip I was asked if I fancied a bottle. It was on a £1 special offer at a local greengrocer's so I jumped at the chance.

I had a real fancy for making a simple soup from scratch this week. I'd picked up a cheap packet of tomato passata at the weekend when shopping as well as having a red pepper left in the fridge. Hence making a tomato and red pepper soup and liking a bit of a kick I decided to add some of the Mr Singh's Chilli BBQ Sauce.

Read more »
Posted by LiamHallam at 14:21 No comments:

An insight into Elizabethan Food at Plas Mawr, Conwy

Within the medieval 13th century city walls of the Welsh city of Conwy lies Plas Mawr. Plas Mawr is arguably the finest example of an Elizabethan home to be found within the British Isles and sits within close proximity to Conwy Castle, one of Edward I's 'Iron Ring' of castles built to contain the Welsh. For a foodie Plas Mawr offers an excellent insight into Elizabethan food.

Built between 1576 and 1585 by Robert Wynn, Plas Mawr translates as the 'Great Hall' and symbolises a period of prosperity Wynn was a celebrated trader and courtesan who had risen to a high position within the Welsh gentry so Plas Mawr clearly showcases a situation of class and grandeur.

As someone interested in food and eating habits Plas Mawr's kitchen represents an excellent insight into Elizabethan food and what a kitchen would look like during the period in British history.

In Elizabethan times the rich (such as Robert Wyn at Plas Mawr) ate exceptionally well. Meat was always on the menu for the affluent with a huge selection of locally caught animals available to feast upon. Typical meats included lamb, beef, pork, bacon, rabbit and hare. Fowl was also very common with goose, pigeon, swan, peacock and blackbird on the menu. In areas close to ports (such as Conwy) you would also find a selection of freshwater and sea fish available.

Fruits and vegetables also took a common place in the Elizabethan diet based on seasonal produce. Locally grown season produce included turnips, leeks, carrots and garlic. Fruits such as apples, pears and plums were also commonly eaten although there was some suspicion at the time of the benefits of eating fruit and vegetable and it was therefore significantly common for a diet of mainly bread and meat for many.
It is likely that traders like Wynn will have imported some fruits and vegetables from further afield due to the presence of Conwy as a busy fishing port. Over the course of history the Tudors introduced many foods to the UK from further afield. Turkey came to the UK from as far afield as Mexico and Red Kidney Beans were imported from Peru. Tomatoes were also bought in from the New World although at the time they were actually known as Love Apples.

Elizabethan culinary tastes were not as advanced as today and a lack of knowledge will have meant such foods will have been kept as special delicacies and the likelihood is that the cooks would not have been able to cook these foods to bring out their optimal flavours as we know know.

The Elizabethans loved their desserts and in some ways desserts took a more significant role for cooks in the kitchens of the rich. Tarts and cakes were often made especially when guests were expected. Marzipan modelling was popular as per the fish featured above. Animals and fruits were often made out of marzipan to be enjoyed at the Tudor dinner table.

Why not visit Plas Mawr and see more for yourself. 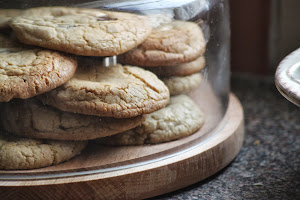